← more from
Gunner Records USA
Get fresh music recommendations delivered to your inbox every Friday.
We've updated our Terms of Use. You can review the changes here.

by Dan Webb and the Spiders 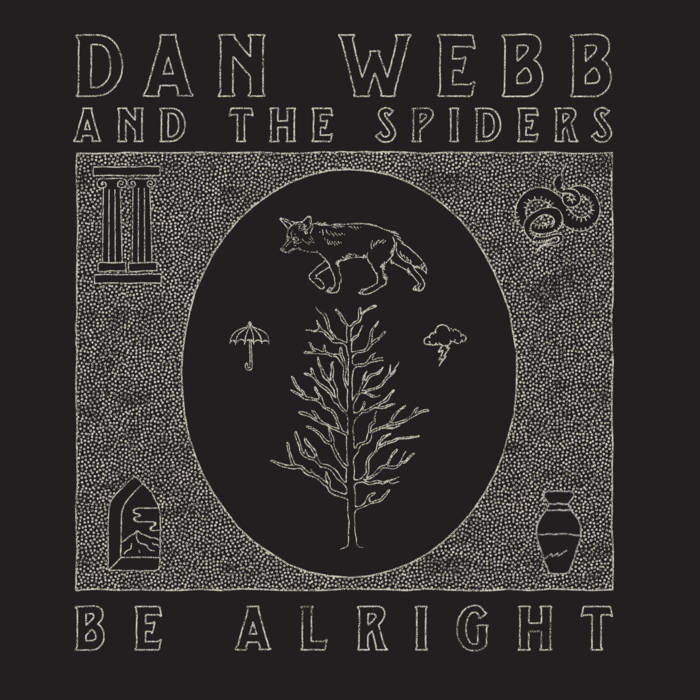 beansurke98 The hardest-working band on the North Shore puts out their finest record yet - find me another album that's as gritty as it is infectious. Favorite track: Notice.

This is the 5th full length Album from Dan Webb and the Spiders. It was released nearly 10 years to the day after the release of their first S/T album.

DAN WEBB AND THE SPIDERS
Be Alright LP

Pretty sure this is my first excursion into DAN WEBB AND THE SPIDERS territory, despite it being their fifth full-length. What you get is a polished slab of shiny, catchy indie-rock flavored pop-punk. The songs are perfectly executed—the hooks, choruses, harmonies, and guitar embellishments all hit just the right note. In its best moments, I am reminded of the elements that make the MARKED MEN so great. But something about this is leaving me a little cold; there just doesn’t seem to be much of an edge. I feel like I can visualize the car commercial that these songs could soundtrack.
REVIEWER ALLAN MCNAUGHTON
LABEL GUNNER

Be Alright keeps the progression of this band’s output going in, like, a steady climb, you know what I mean? It’s still very much the band I’m familiar with and have been enjoying for almost a decade. There’s still the same melodies buried beneath the fuzz, and Webb’s clear, discernable lyrics tackle much of the same “down on my luck” emotional scope as they always have. But it’s also an album rife with neat little pick-me-ups and successful experiments, like in “Best Regret,” where the guitars drop out entirely for a significant portion of the song, or “Acme Girls,” with its almost ’60s pop flavor. Great as ever, while also abundantly clear that the band—after ten years, five full-lengths and a ton of singles and splits – still has plenty of velocity left. –Keith Rosson (Gunner)

A new DWaTS album? Yes please! We all have bands that generally just “do it” for us musically and this is one of mine. I love the way the band can create songs which are languid and full of energy, both traits mixing with ease. Be Alright has all of the elements that I love about this band: great tunes soaked with a warm, fuzzy quality, catchy intros, and vocals that seep into my ears, making me feel as if I’m in a happy, special place. These guys have been around for ten years now and the quality of their output doesn’t waiver. It’s been rock solid across five albums and that is why DWaTS is a “go to” band for me. –Rich Cocksedge (Gunner, gunnerrecordsusa@gmail.com, gunnerrecordsusa.com)

Recorded and mixed by Dan Webb at STARLAB III in Charlestown, MA January 2019.

Dan Webb and the Spiders recommends:

Bandcamp Daily  your guide to the world of Bandcamp